The pullback in shares - seven reasons not to be too concerned 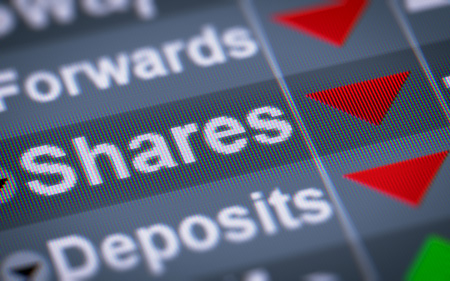 Drivers behind the plunge

There are basically three drivers behind the plunge in share prices. First, the trigger was worries that US inflation would rise faster than expected resulting in more aggressive rate hikes by the US Federal Reserve and higher bond yields. Flowing from this are worries that the Fed might get it wrong and tighten too much causing an economic downturn and that higher bond yields will reduce the relative attractiveness of shares and investments that have benefited from the long period of low interest rates.

Second, after not having had a decent correction since before Donald Trump was elected president and with high and rising levels of investor confidence, the US share market was long overdue a correction, which had left the market vulnerable.

Finally, and related to this, the speed of the pullback is being exaggerated by the unwinding of a large build up of so-called short volatility bets (ie bets that volatility would continue to fall) via exchange traded investment products that made such bets possible. The unwinding of such positions after volatility rose further pushed up volatility indexes like the so-called VIX index and that accelerated the fall in US share prices. Quite why some investors thought volatility would continue to fall when it was already at record lows beats me, but this looks to be another case of financial engineering gone wrong!

With shares having had a roughly 5-10% decline (in fact US share futures had had a 12% fall) from their recent highs to their lows and oversold technically and with the VIX volatility index having spiked to levels usually associated with market bottoms, we may have seen the worst but as always with market pull backs it’s impossible to know for sure particularly with bond yields likely to move still higher over time and if there is further unwinding of short volatility positions to go.

Sharp market falls with talk of billions of dollars being wiped off shares are stressful for investors as no one likes to see the value of their investments decline. However, several things are worth bearing in mind: 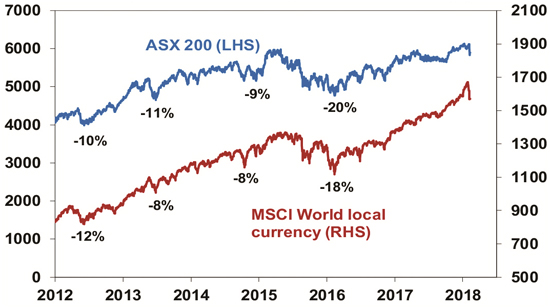 Related to this, shares literally climb a wall of worry over many years with numerous events dragging them down periodically, but with the long-term trend ultimately rising and providing higher returns than other more stable assets. In fact, bouts of volatility are the price we pay for the higher longer-term returns from shares.

Australian shares have climbed a wall of worry 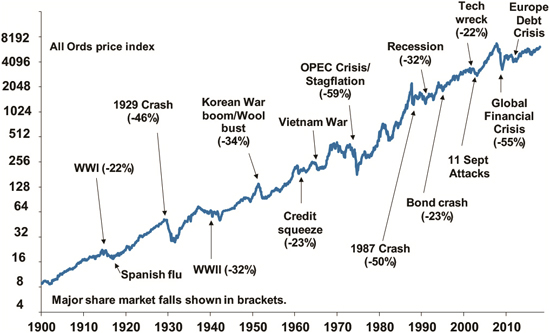 Second, the main driver of whether we see a correction (a fall of 5% to 15%) or even a mild bear market (with say a 20% decline that turns around relatively quickly like we saw in 2015-2016) as opposed to a major bear market (like that seen in the global financial crisis (GFC)) is whether we see a recession or not. Our assessment remains that recession is not imminent:

Third, selling shares or switching to a more conservative investment strategy or superannuation option after a major fall just locks in a loss. With all the talk of billions being wiped off the share market, it may be tempting to sell. But this just turns a paper loss into a real loss with no hope of recovering. The best way to guard against making a decision to sell on the basis of emotion after a sharp fall in markets is to adopt a well thought out, long-term investment strategy and stick to it.

Fourth, when shares and growth assets fall they are cheaper and offer higher long-term return prospects. So the key is to look for opportunities that the pullback provides – shares are cheaper. It’s impossible to time the bottom but one way to do it is to average in over time.

Fifth, while shares may have fallen in value the dividends from the market haven’t. So the income flow you are receiving from a well-diversified portfolio of shares continues to remain attractive, particularly against bank deposits. 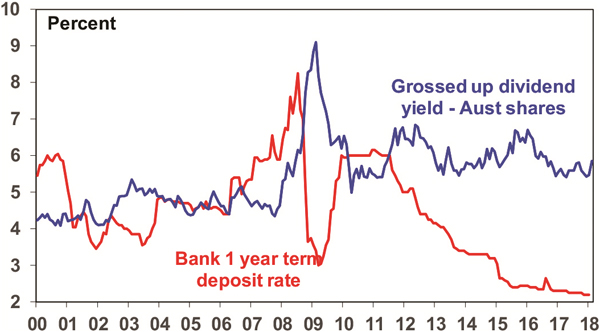 Sixth, shares and other related assets often bottom at the point of maximum bearishness, ie just when you and everyone else feel most negative towards them. So the trick is to buck the crowd. As Warren Buffett once said: “I will tell you how to become rich…Be fearful when others are greedy. Be greedy when others are fearful.”

Finally, turn down the noise. At times like the present, the flow of negative news reaches fever pitch – and this is being accentuated by the growth of social media. Talk of billions wiped off share markets, record point declines for the Dow Jones index and talk of “crashes” help sell copy and generate clicks and views. But such headlines are often just a distortion. We are never told of the billions that market rebounds and the rising long-term trend in share prices adds to the share market. And as share indices rise in level over time of course given size percentage pullbacks will result in bigger declines in terms of index points. And 4% or so market falls are hardly a “crash”. Moreover, they provide no perspective and only add to the sense of panic. All of this makes it harder to stick to an appropriate long-term strategy let alone see the opportunities that are thrown up. So best to turn down the noise and watch Brady Bunch, 90210 or Gilmore Girls re-runs!